The only way to get rid of temptation is to yield to it… I can resist everything but temptation. Oscar Wilde 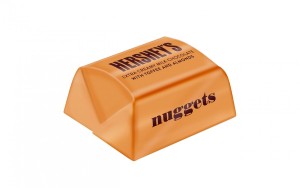 Dexter is not given to rooting through garbage, chasing cats, chasing cars, or taking food off kitchen counters.  As far as I can confirm.  However, he will, at any given moment,  tear out the back door to bark at some noise, real or imaginary, and return to sit, tail wagging, for a beef jerky treat.  Jerky is not as big a temptation as other things.   If Dexter is tempted by anything it is the stuffed squeaky toy, which in  a moment of boredom, he will rip to shreds to find and chew on the squeaker.   Generally, within a month it will lie eviscerated on our living room rug. 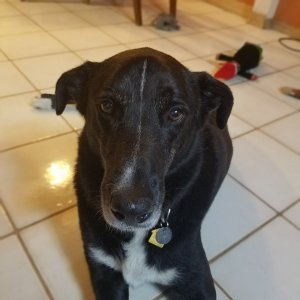 As for Comet,  I have already written at length how he succumbs to the temptation rooting through our kitchen trash,  or find and shred a zip-loc bag or twist-tie bag (usually a loaf of bread) on a counter when he has been left to himself for an hour or more.  He is always chagrined by his lack of willpower.  But we have changed our behavior rather than he his.

I have a particular battle against temptation.  And not with what one might expect in a middle-aged man.   I have reined in many habits of my youth.   But my willpower is incredibly fragile when confronted with chocolate.

I have been diligently avoiding sweets for many months while I was losing weight.  Avoiding the work parties, which has been easier when the treats were often spicy Mexican food,  chips and salsa, than donuts or pastries.  But this week was more difficult.  And I did it to myself.

Chocolate.  A bag of Hershey’s nuggets.

I was the one who bought it and put it within my reach.  At work.   Was I convinced that a year into my new diet and exercise life I could no longer be tempted?     When I put a garbage can in the same room as Comet, filled with treats, leave him alone and expect him to resist,  I will find him giving over to temptation every time.   The same test with Dexter will have the room full of stuffing given sufficient opportunity.  In my case, a bowl of chocolates left within my reach will not remain untouched.

I received a grocery bag on my doorstep last evening.   A request by a local school for donations for the homeless.   I will put in canned goods, canned meats, vegetables, fruits, and this candy.    I presume the candy will not be forwarded onto families in need.  Younger metabolisms than mine may enjoy doing a good deed while enjoying a sweet.  Maybe someone in charge,  with greater willpower,  will dole it out a piece at a time.