Obstacles don’t have to stop you. If you run into a wall, don’t turn around and give up. Figure out how to climb it, go through it, or work around it. Michael Jordan

Looking back on the last two weeks,  there were more obstacles in my path than sure footing.   I work a very technically-challenging job, and often I am given a piece of chewing gum,  a piece of Scotch Tape, and blindfolded, asked to assemble a functional warp drive, with two-year old memories and  Post-It notes for instructions.

(Alright, that’s a little too much hyperbole)  Instructions I needed were fairly similar to another project.  I just needed a little instruction from a peer to make some adjustments.  Suffice it to say I had to reconfigure the engineering-use computers, and confirm I had a workable test bench prior to preparing the 3 deliveries I was tasked to provide.  The project engineer with the most expertise has been reassigned since I was “familiar” with the process.  Our subcontracted assembly house had supposedly worked the “bugs” out of their assembly process finally.   Articles were being shipped to our manufacturing department for final processing.  However, the new “rework” support team had perhaps 3 weeks training –   but no real problem -solving expertise.  Therefore,  I was tasked to build and prepare test systems for our engineers’ next contract.  Simple.

I had a moment of clarity twice, and of course, it happened after the last shred of human dignity had dissipated.   Yesterday evening about 5:30PM,  I realized that my last confusing symptom – a problem moved between different assemblies when it “shouldn’t have”.  And then I realized the power-transfer component board was THE source of the symptoms.  Substitution of another board solved the issue bugging me for that last 2 hours.

The second moment of clarity occurred this morning while I was walking Dexter and Comet.   I was feeling crushed by the experience of the last week – I wrote about it yesterday – leaving me mentally exhausted.  I am only just feeling normal again, helped by spending time with extended family last night and a good night’s rest.

In the early morning today, as I was watching first Dexter disappear into the brambles up in the hills behind my home,  and then Comet following him,  my first thought was “how am I to retrieve them in a timely manner (to get onto my commute)?”   They soon reappeared in the catch-basin down the hill (which is surrounded on all sides by a steel fence. 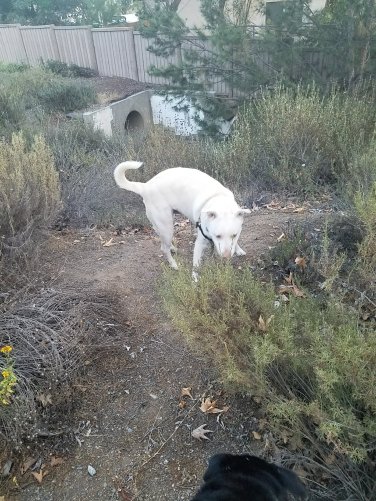 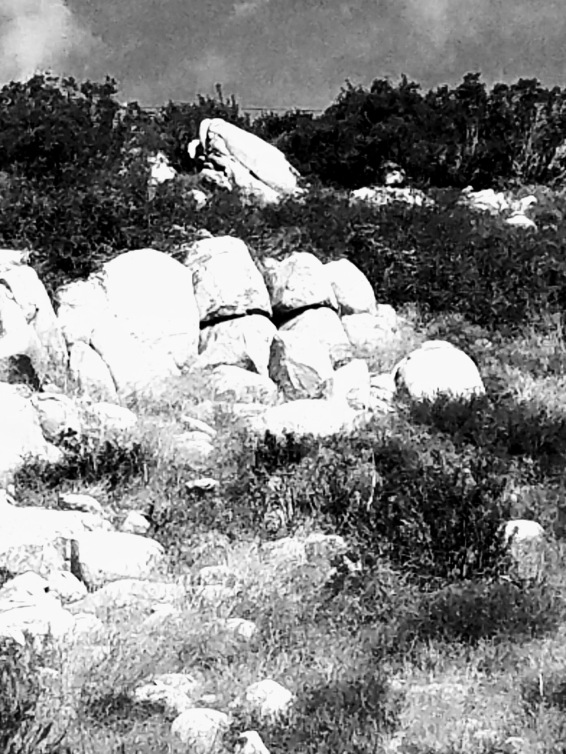 I was seeing the narrow bars as the obstacle, and my inability to get over the fence to retrieve the dogs made me feel irritated.   I had a moment of “DANG IT!!!!”  but walked down the hill to the opposite end of the basin as the exit leading back to my home was that way.   Needing no engineering training,  both dogs found a concrete drainage ditch that lead out of the basin and back to the path where I was standing.

You see,  when you do not see the world as full of impossible obstacles but instead enjoy the adventure while going around or under what blocks you,  obstacles and even small defeats only help to sharpen your clarity of purpose and approach.

Victory belongs to the most persevering. Napoleon Bonaparte