There are several things about Dexter, Comet and me that are borderline “inappropriate” during the Christmas season.  I’m not given to wiring my car up with Christmas lights, or antlers and a red grille “nose”.   I don’t irritate people responding to “happy holidays” with “MERRY CHRISTMAS” ( well, sometimes).  I don’t participate in office decorating contests but for the one time I brought a seven-foot inflated Frankenstein to my office for the kids’ Halloween on our campus. (Only one child trick-or -treating was a little fearful;  boys wanted to bounce on it.)     I briefly had considered putting “Frank” in a Santa cap in the office but thought better of it.   And this year, one of my friends won.  Her office, one person said, looked “like Christmas exploded” all over it.   On the homefront at Christmas,  I try not to be “that” neighbor.  On our evening walk through the neighborhood, I spend much of it halting Comet from peeing “on”, or  in front of, one of my neighbors’ Christmas yard display.  Or as I’m picking up a little “present” one of them deposited where it’s near a cheery yard,  it is the exact time the nursing home tour bus  drives slowly by.  But I am trying to be more appropriate this year. 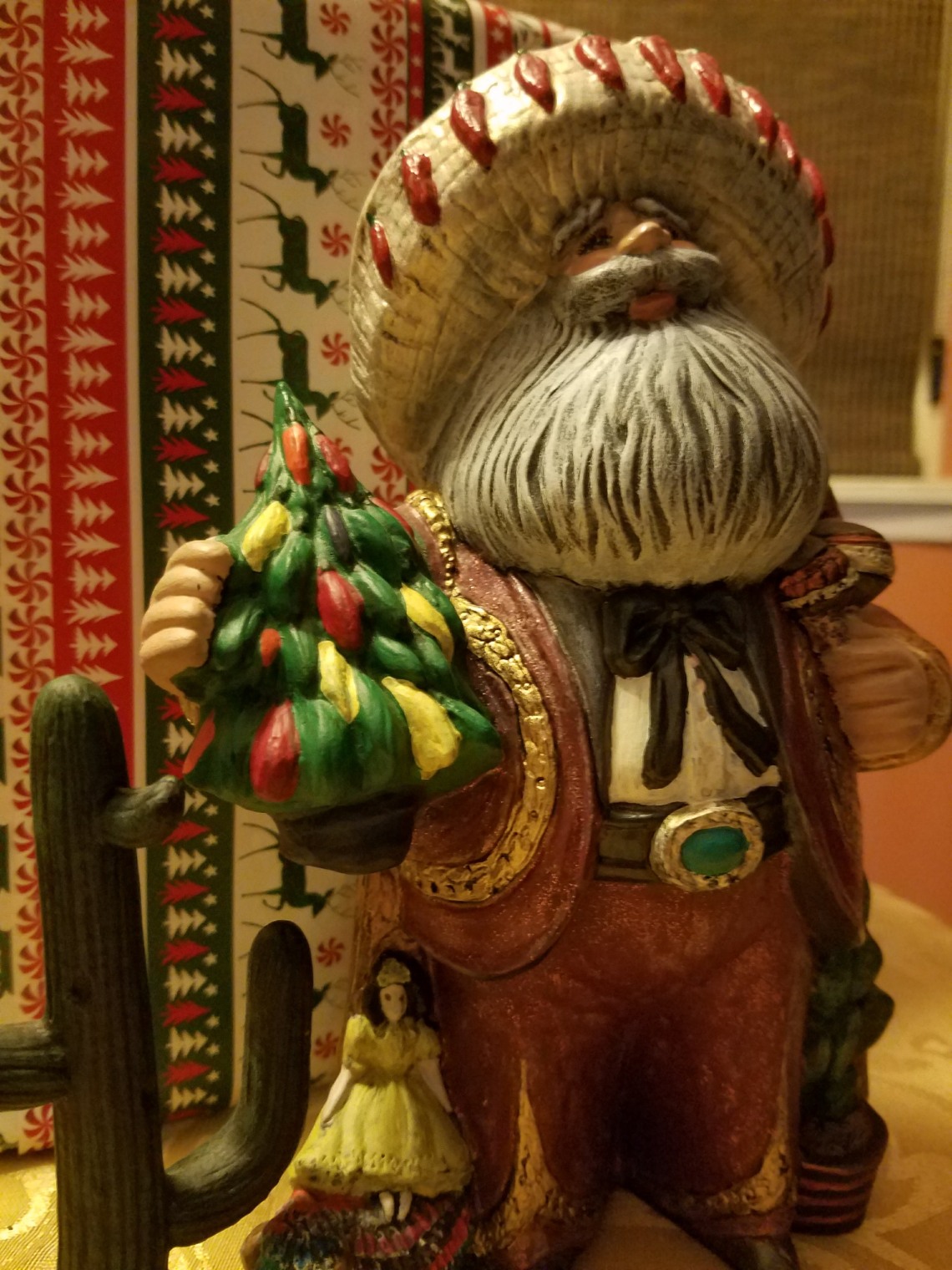 Then it was something that caught my eye a couple days ago.  I found a Santa Claus figurine at a Goodwill store.  I was looking for an inexpensive “White Elephant” gift for a party we were having ( our hosts had set a $6 dollar limit so we would be more creative).   I probably have the only 10-inch Santa in San Diego wearing a sombrero!  I may get called out for not being culturally appropriate;  I think I am okay since I am the only gringo in my neighborhood fluent in Spanish.  While I don’t know who might enjoy this SENOR CLAUS as much I have for the past few days, it stirred a memory of Cheech and Chong Christmas routine that has to be forty years old.  (I know I had it on an album on cassette tape!)