In the mid-1970s,  my mother, sister and I lived by a farm.  Notice that I used by and not on, a farm.  At that time, the northern march of city life stopped right about the street my home was on.  Where to the west and north are now housing developments and gated communities, golf courses and malls,  the desert had been sage, prickly pear cactus, coyotes and snakes.  Yet the view from my old house was and remains – I visited about 5 years ago – fairly amazing. 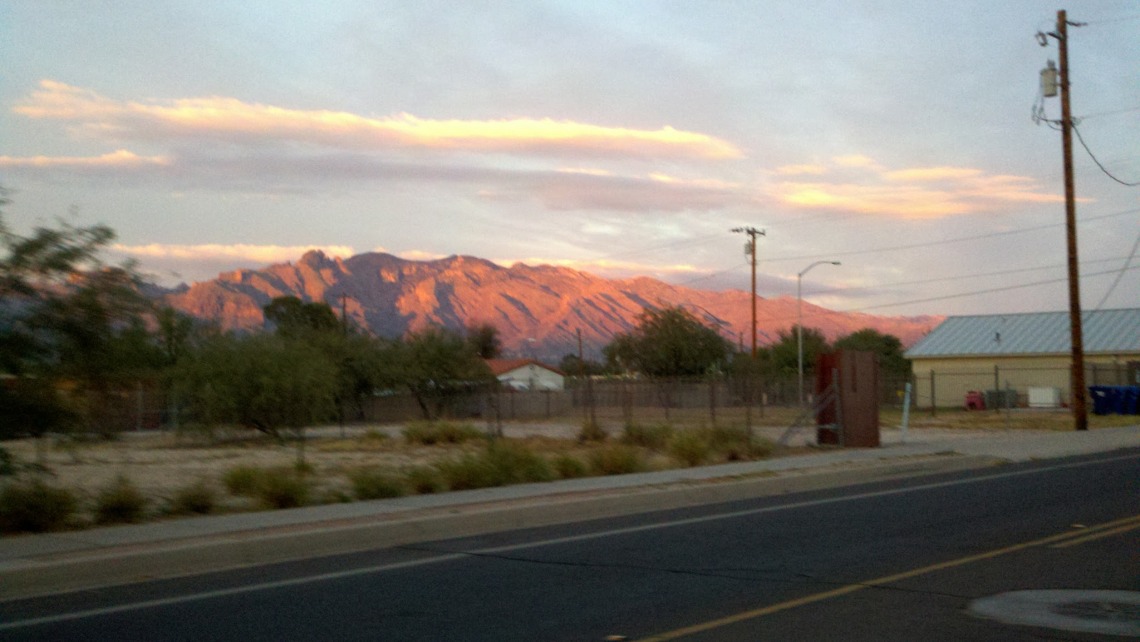 Living next to a farm, the University of Arizona’s Agricultural College farm, was not without some imprint on my character.  This came to light about ten years later while enlisted in the Navy.  A subconscious yearning for pickup trucks, hay bales, and Stetsons.  However, it was probably due more to certain olfactory triggers.   When the wind shifted, particularly after a light rain,  the aroma of cow manure wafted my way.   I had gotten used to it, though I often think the little square of grass in our front yard remained green due to aroma therapy.

One very early Saturday,  I was rudely wakened by someone watching TV.  Who was watching a Western at 2 AM!!!!   The lowing of cattle seemed to be in my room.   As I got out of bed to go shut the TV off in the living room, I passed my open bedroom window – it was a warm summer evening.  Out of the corner of my eye I caught a shape outlined by the porch light.   A cow was grazing on my lawn.   I roused my mother.    As we learned later that morning,  a drunk had “detoured” off the road and punctured the livestock  pasture fence about two hundred yards down the street.   Men came from the University and rounded up the cattle which were happily grazing in neighboring yards.   By eight in the morning, the cows were back in their pasture, the car was towed away, and the fence was being mended.   And the cattle, like any responsible Nature – lover, left nothing behind on their evening trek except hoof prints — and cow pies. 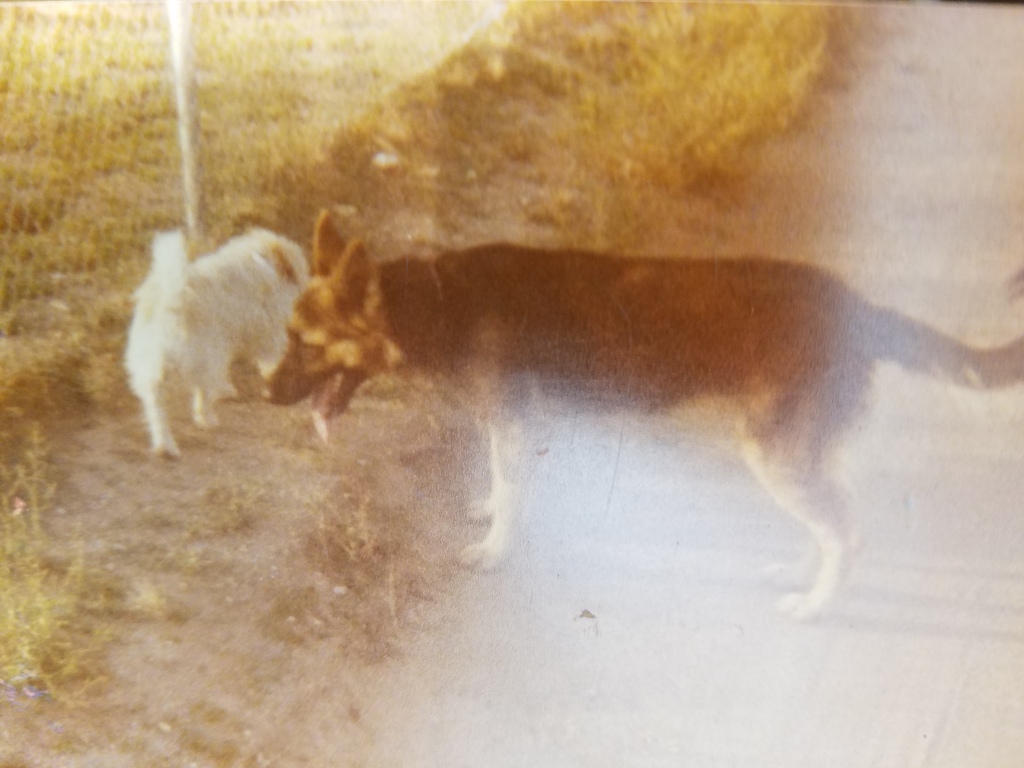