In a world where Ralph Waldo Emerson talked about a tree falling with no one to hear it fall , I am thinking this author may have answered the cosmic question, “but who was the one with the chainsaw felling it?” 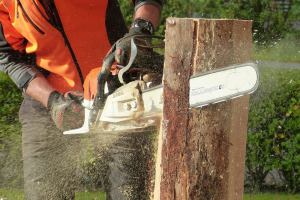 Simulated Reality Theory argues that the universe is actually a simulation created by a computer with powers far beyond our comprehension. That means everything–including the interdimensional loose change that lives in every couch simultaneously–is actually a few imperceptible lines of code for us to blithely accept and complain about. A foundational argument for the possible existence of this omniscient computer is that nobody can prove it doesn’t exist. Also Elon Musk believes in it and that guy made, like, a bunch of cool shit so obviously this is something worth considering. I worry about the logic behind believing something is possible just because it’s impossible to disprove. And my fear of accepting the logic of simulated reality theory is, quite naturally, rooted in my deep fear of chainsaws.

I saw a therapist. He was on a tv show, but that’s the kind of therapy I can afford, and this tele-therapist…