This Saturday I took Dexter and Comet on a path less traveled: the dog park.   Rarely any drama occurs between dog-people over their dogs at that dog park; at one I visited a few times, there were always some tattooed guys with rough-looking dogs that would disturb the happy-go-lucky morning.

The woman whose dog initially told (with teeth) Comet that nobody touches his tennis ball was unperturbed.  Dog-people are often that way unless someone introduces an obviously aggressive dog in the mix.   Neither of mine are anything other than happy-go-lucky.  It’s why this park works. 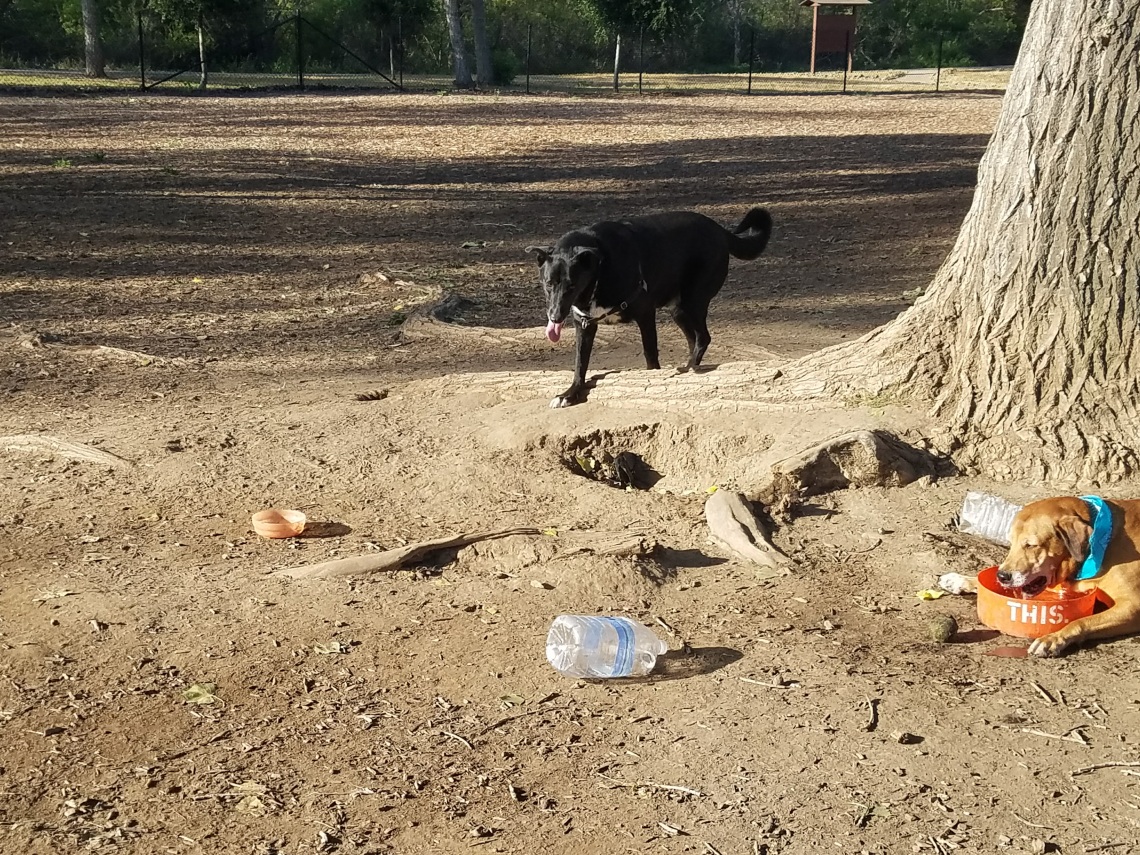 As all the dogs started to settle down an older couple arrive with a husky and a chow. We vaguely recall each other.  But before the woman could caution her husband about “watching his bad back” when he went to police the dog poop,  their Chow began yelping loudly.

“One of the dogs bit my dog in the butt! He’s bleeding all over!”, the woman harrumphed.   The three of us already there, an Army reservist,  the woman whose smaller dog had protected his tennis ball, and me,  agreed that no dog had mauled hers.   But the chow was definitely bleeding from its anus.

The couple immediately left.  I had hoped to see that couple again to empathize.   But as I was leaving a few minutes later,  a  cautious-looking woman and her standard poodle, asked me whether aggressive dogs were still in the dog park.   Dexter, Comet and her dog were all happily sniffing each other.   Apparently, as that older couple went to their car, they were informing others that “butt-biting” dogs were present in the park.

You can learn a lot about dogs and people by a visit to a dog park.  Most dog-people are attuned to dog behavior – the sniffing, the peeing, the dominance games and so on.  But there are always a few looking to place blame. 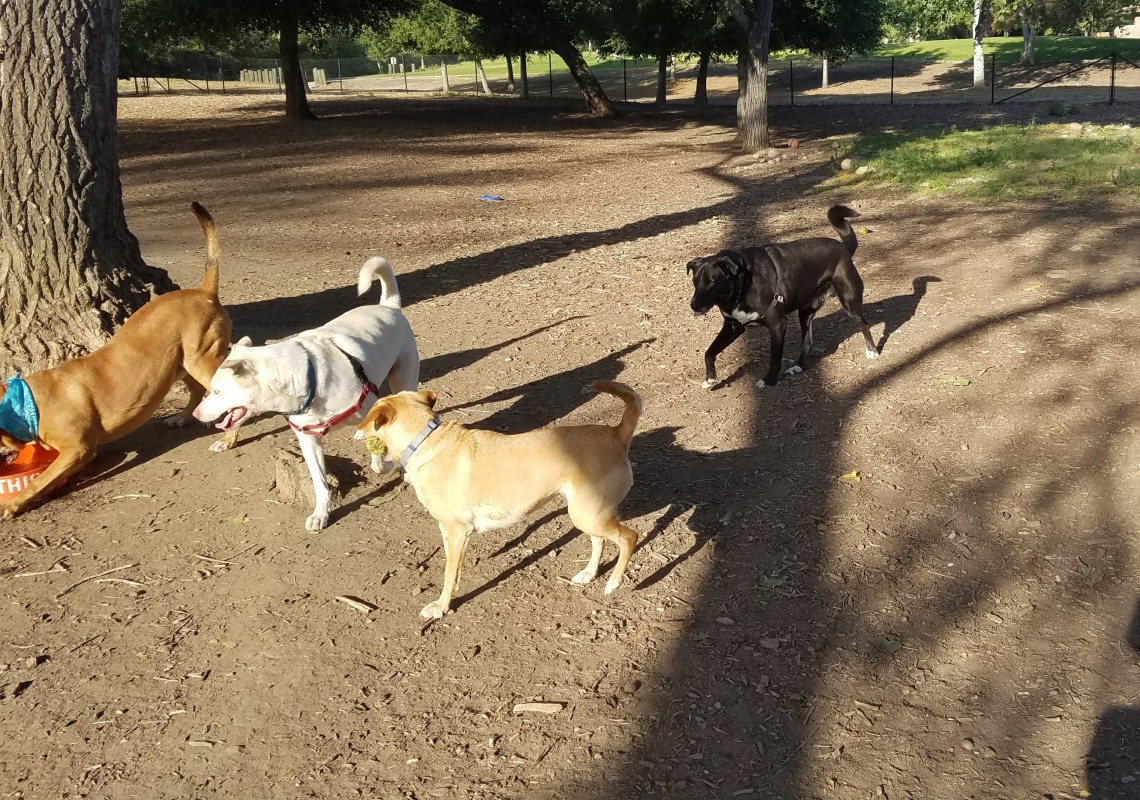