I was nominated by my blogging friend, Patti,  Wednesday’s Child  for the Liebster Award.  I am very honored by her nomination.  I treasure this community of bloggers.   And I hope that you enjoy my writing as much as I enjoy reading all of yours!

I am not really finding a lot of time to write specifically for these awards, so I will hope that you all do not mind if I do not participate in nominating others right now.  That being said,  I was intrigued and thought a great deal today about her questions.   Here are my responses:

What three words best describe you?

Loyal. The online dictionary defines loyal as “faithful to one’s sovereign, leader, oath, commitments, or obligations”; a long time ago I was a “people pleaser”.  I really did not know how to say “no”, since I wanted to be seen as a “friend”, “indispensable employee”,  the “can-do” sailor,  or the “intellectual student”.   In my second thirty years, the Navy honed my abilities, gave me the assurance to say “No”,  and tested my limitations.  Faith in Jesus, in marriage (my second) and being a “dad” refined my character to the strongest metal.  I am loyal for the right causes and reasons.

Friend.  I have acquaintances, casual friends, and friends in the deepest biblical sense of the word – people who know me intimately and sincerely – with whom I am not afraid to share my failings and weaknesses, and who also help me celebrate my successes.  And I in turn,  am there for them. 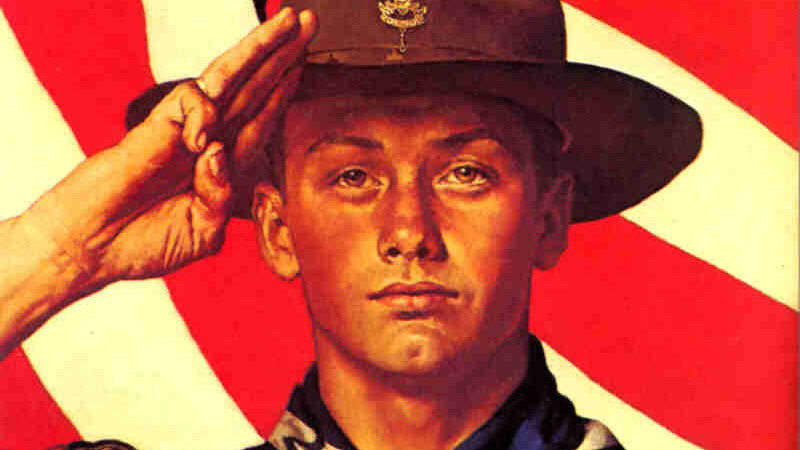 Trustworthy.  In the Boy Scouts,  I first committed to apply moral and ethical principles.  A long Navy career in national security demanded, and reinforced my personal sense of moral character.  Once I dedicated my life to following Jesus Christ,  I understood that each of these three words are interdependent.  These are not something I can “be” without the ongoing connection, repentance, re-commitment, and leadership of the Spirit and support of like-minded – especially my spouse.

In your opinion, what are the best and the worst inventions the world has seen?

Among the best inventions in historical times has been electricity which lead to the personal computer (including the smartphone).   Another is in transportation: we’ve gone from horseback to space flight in two centuries.  Now we have electric-powered cars.  In medicine,  vaccines,  surgery, and cancer treatment have rendered most of the early killers of people rare.   Human behavior causes most early mortality these days.

The worst inventions originate in warfare, with ever more efficient means in weaponry and poisons to end human life.  Yet television, computers and smartphones are also in the worst inventions category!  In spite of all the information of human history preserved and accessible by computer, communication is manipulated by the ones who control access to it.  Some use communication to fuel hatred and division.  Computers have become both educational tools and toys.  People do not reason as strenuously before these tools, choosing instead to find an “answer” via Google.   And studies indicate the smartphone is a cause for very short attention spans,  and driver distraction.  And computers or smartphones are making it harder for people of any age to relate face to face.

Do you like reality TV shows? Why or why not? If so, which ones?

Television, and in particular, “reality” television, is such a “time-suck” and an irritant,  I have no words to describe them.  I watched a lot of TV up through my thirties, some that, in hindsight were pretty silly or even ridiculous, as well as some that were well-written, well-acted, and unpretentious.  But “reality” TV was never one of those.

Can you name an accomplishment that you are particularly proud of?

When I was selected as a Navy Chief Petty Officer in 2004,  I qualified in the eyes of my peers through strict training and performance.   Based on performance I advanced to Senior Chief Petty Officer in 2007.  These were the culmination of a dream that I had held since 1977 when I first enlisted.  The CPO anchors were worth more to me than my nomination to the US Naval Academy in 1979 which didn’t work out.

Who is your oldest friend and how did you meet?

Via Facebook,  I reconnected a few years ago my friend Alec, whom I have known since we were in high school – 1975 (or perhaps 1976?).  We had Spanish and math classes together, and frequently he ended up with the book I would leave under my desk.  It was a joke that shared for decades.    But the longest ongoing friendship has been with my friend Chuck whom I have known since 1980 when we were students and members of the University of Arizona Veterans Club.  Our politics sometimes aligns and sometimes collides, but we have remained in touch all these years.  And we are both strongly committed to seeing that active duty military members  and veterans we encounter get the support they have earned.

What were you really into when you were a kid?

I was all about the space program, NASA, Apollo,  the space stations, the Shuttle, Mars and Pluto missions and the Voyager satellites.   And history.  I love American history. (it is the way it is presented that bores most people I know.)  But part of my passion was dressing in period Revolutionary War uniforms and shooting authentic black powder muskets.   That is where I geeked out!

What do you think of tattoos? Do you have any?

I never got a tattoo in the Navy.  I was fascinated by the artwork on some sailors, but was never finding anything I wanted to put on my body forever.  I still do not have a tattoo.  (The expense always held me back.)   I might still get a tattoo. Something that speaks to a warrior or sailor lore.   But my wife would not be pleased with a mermaid on my chest.

What do you bring with you everywhere you go?

It would be easier to ask what I do NOT bring with me everywhere I go.  I have either a bag or backpack with a Bible, books, cellphone charger and cable, wallets (plural),  and lots of dogblog business cards.  Water bottles and coffee cups.  And of course, my smartphone (my earlier comments notwithstanding!)

If you were on a trip, what would be the worst place you could be stuck at for a whole week?

I remember being desperate to get off Curacao in the Netherlands Antilles when our ship broke down there in the 1990s.   When you run through all your money and can only window-shop in casinos, bars, restaurants and beaches on that tiny island.  Paradise can be boring!

What smell brings back great memories for you?

Plumeria.  The second time in my life that I visited Hawaii, I arrived by Navy ship.  The smell of plumeria in the air instantly brought me back to my first visit as a kid on vacation with my parents.   When I got married, we honeymooned in Kauai and on Waikiki.  Going back a few years ago built on those early memories.

If you could go back in time to any decade and stay for a week, which would you choose, and why?

I learned to ride and care for horses while working on a ranch in 1975 -76.   Met some unique characters who shaped my decision to go into the Navy.   But given my love of history, I might really enjoy going to Philadelphia back in the summer of 1776 when the men were drafting the Declaration of Independence.  Those must have been some interesting arguments and passions flaring!