There are some days I really appreciate my canine pals a heck of a lot more than  my consideration for most humans.

For example,  I’m on my way to work.  Fridays are generally a little less hectic GOING to work, than in the homeward commute.   I have  a generally good outlook on life, I’ve had a good walk with the dogs at O-dark -thirty,  stopped by the local coffee establishment, with the wife on her commute – and pleasantly caffeinated, I’m taking one of the “lesser” roads to work off the freeway a mile or two from my destination.

Now you have to realize that people are generally more “entitled”, less cooperative, and probably a little more smug living in the Carlsbad neighborhoods this road traverses.   Am I being judgmental?  Perhaps.   But there are four entrance/exits to a housing developments on this road, where the city transportation department modified the road with traffic circles and YIELD signs, to permit egress into traffic – a couple years after these developments were populated.    Casual observation reveals the “why”.

On my way to work,  I approach the second of these circles and yield — I see a car waiting to enter the roadway from a development.  The opposite flow of traffic -also with a YIELD sign ( and traffic speed indicator)  shows NO SIGN of yielding.   I stopped.

While three cars behind me started fussing and fuming at ME,  I honked my horn five times and jabbed my finger at the Yield signage.   Don’t mess with me – I’m a veteran;  I’ve served 26 years to give you the right to act like an idiot.   And besides, you should THANK ME.  A sheriff’s deputy was the second car that stopped – from the opposite direction – at the same yield sign, letting the car enter the roadway.

The other driver and I exchanged waves and “thankyou/ your welcomes”.   And I continued on my way to work.   Some people need to be reminded.  Some need cops to ticket them.  Other people have dogs to help them be more human(e). 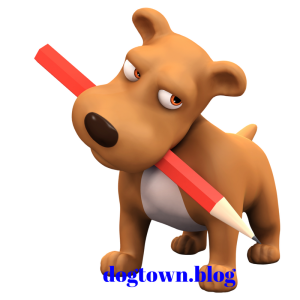